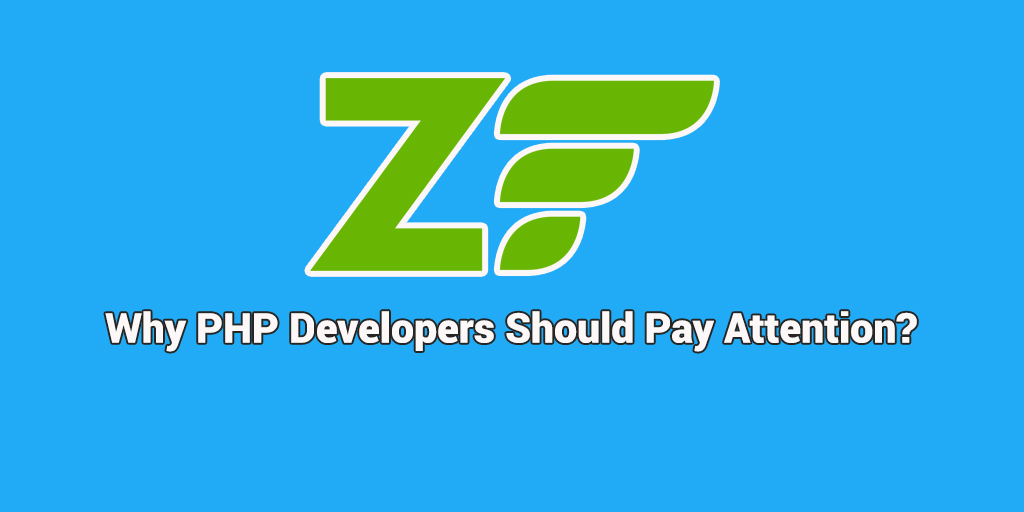 Zend Framework is an object oriented and open-source web application framework, which finds its implementation in PHP5. Owing to the multiple slackly coupled components, referred as the Component Library, it has to offer an advanced MVC (Model View Controller) implementation for setting up a fundamental structure for all the application which are based on the Zend framework.

It is an absolutely perfect PHP framework for web development, allowing the developers and service providers to cater dynamic and cost efficient web development applications for the customers. The Zend development services help in maintaining the regulatory compliance, high-level technical skills and process across the complete life-cycle. Even though Zend framework has so much to offer, there are many PHP developers who are not well-acquainted with the advantages that it has to offer. In this blog, we will shed some light on the reasons for using Zend framework for making PHP development much easier.

Why Is Zend Framework Important?

The unbeatable features and a platform for resourceful web application development program, makes Zend framework a well-organized support platform. The robust features which make it a class apart is:

1. Extend Classes Without Any Issue

Since Zend Framework is a framework which is completely object-oriented, therefore it makes use of numerous OO or Object-Oriented objects, like interfaces and inheritance. Therefore, some of its components are extendable up to a certain point. It allows the PHP developers to implement the individual components and to customize the Zend Framework for creating the functionalities that is unique to your project and which can also be used in the other projects as well.

As we already know, everything in Zend Framework is an object. Therefore, it enables the developers to use the code again, making it reusable.

3. Use What Is Necessary

When it comes to the design of Zend framework, it is just a collection of multiple classes. The developers normally make use of Zend MVC components for creating a project that is fully-functional. However, in other cases, the developers can load only the components which they require. It is highly decoupled, meaning that instead of using the entire framework, the developers can take complete advantage of the individual libraries. By default, it is a glue framework, making it easy for the developers to glue it to the applications which are already existing.

One of the things which make Zend Framework highly efficacious is the multiple components which it offers to the developers. For authenticating a user, Zend_Auth can be used; for controlling the resource access, use Zend_Acl can be used. Similarly for creating some forms, Zend_Form can be used. All in all, it is a collection of plethora of components.

No model implementation implies that the PHP developers are free to integrate the exiting implementations. When the developer is free from all the predefined restraints, more complex implementations can be created rather than the simple table representations, which is the usual way of creating model implementation. Since the models contain the business logics, they should not be restrained by the database tables. Therefore, this enables the programming code to be implemented in the models.

In the past few years, lots of advancements have been made in the field of PHP Frameworks. When it comes to choose a perfect framework, it gets necessary to keep in mind the fact that the framework should be comfortable to use. If you are not able to take full advantage of the framework, there is no point in adopting it. Therefore, give a try to Zend Framework as it is one of the most convenient frameworks for a PHP development company.

Published August 12,2016 by Bob Forer
Zend Framework – Why PHP Developers Should Pay Attention
Have an Innovative app Idea
Get a Free Quote to Build & Manage your App..!
submit