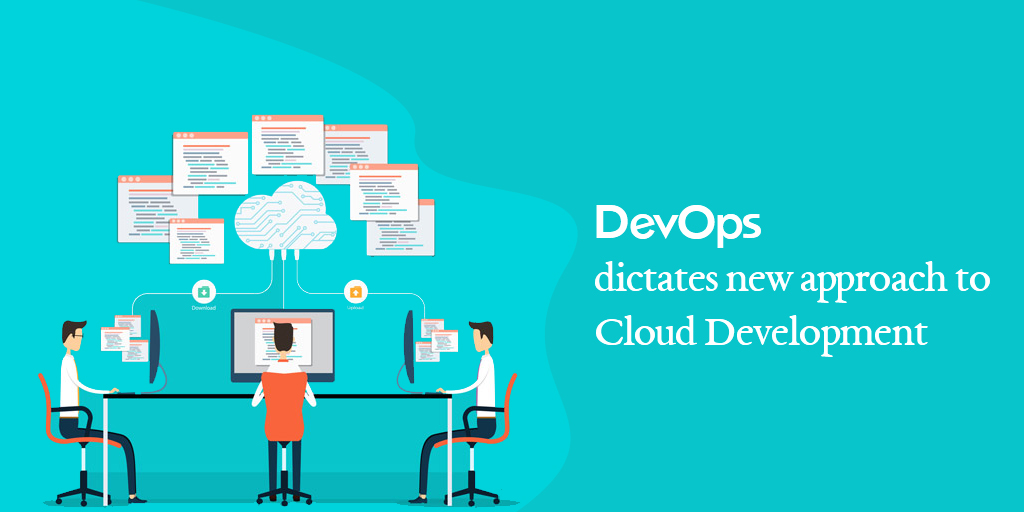 The last couple of years has seen some huge shift in the way companies function. Recent advancements in information technology have seen an ever-growing number of companies and corporations adopt them and utilize them to their merits in order to maximize profits. Two such recent advancements have been DevOps and cloud computing.

How and how much are the two related

Cloud computing and DevOps could not have been any farther than each other on any spectrum. While the former is purely a result of technological advancements in the field of Information technology, fired by universalization of the Internet, DevOps is an operational philosophy. However, despite the differences, there is no denying the fact that when implemented together, DevOps and cloud computing are a match made in heaven.

Corporations around the world are already siding with DevOps when it comes to their operations. For convenience and economy, most of the operations are being increasingly stored in away-servers – the cloud servers. This has further popularized the concept. The benefits are quite a few, and with years, newer reasons to adopt cloud-based DevOps shall come to fore too.

Why DevOps is leading teams to the cloud

A quick glance at the list of benefits of DevOps cloud services will include application development speed-to-delivery to meet the needs of the business units faster, user demands that quickly fold back into the software, and lower costs for development, testing, deployment, and operations.

At its core, DevOps empowers its developers to provide a real-time solution to real-time business needs and problems. In other words, DevOps expedites the process of software development, thus removing much of the latency and lethargy software industry had to face in years gone by. This expedition of processes is only facilitated by the use of cloud computing technologies.

The centralized nature of cloud computing sits perfectly well with the DevOps’ ideology, by providing them with a standard and centralized platform for testing, deployment, and production. In the past, the water-fall method was employed by organizations, which basically is a distributed system, and it did not sit well with centralized software deployment. The latest methodology has successfully addressed this shortcoming.

Another reason for enterprises across the globe preferring cloud-based DevOps is the ability of cloud computing to increase scalability. The cloud allows organizations to bypass physical hardware constraints as they are readily available at a remote place, waiting to be utilized by just a few clicks of some buttons along with an option to increase capacity at their discretion.

Talking about hardware, DevOps cloud computing reduces downtime through continuous cloud-based operations. Developers can build stateless applications, which increase availability and failover ability along with being a driving force behind customer satisfaction.

The most important feature of a mashup between the two is the ability to achieve DevOps automation. The centralized nature of cloud computing along with the availability of a standard and centralized platform for testing, deployment, and production permits automation on a scale unfathomable just a few years ago.

Together, they both provide much more to an enterprise than they can individually, a point that has been duly noted by these service providers. Their willingness to combine them into a mouthwatering product has companies drooling over it. The fact that cloud computing can be used at such a scale, as proved by DevOps cloud computing, has seen the cloud grow by leaps and bounds. Knowing that this growth is dictated by DevOps has only left organizations all over the world wondering about what else is to come out of this Pandora box in the future.

Technology
Have an Innovative app Idea
Get a Free Quote to Build & Manage your App..!
submit
Popular Posts

Published February 04,2021 by Tvisha Technologies
Learn the Difference Between POP and IMAP

Published January 18,2021 by Tvisha Technologies
Top 5 Digital Marketing Companies in the US

Published September 17,2020 by Tvisha Technologies
What are the top IT skills to learn in 2020

Published July 29,2020 by Tvisha Technologies
9 Best URL Shorteners you Should not Miss out in 2020

Published February 04,2021 by Tvisha Technologies
Learn the Difference Between POP and IMAP

Published January 18,2021 by Tvisha Technologies
Top 5 Digital Marketing Companies in the US

Published September 17,2020 by Tvisha Technologies
What are the top IT skills to learn in 2020

Published July 29,2020 by Tvisha Technologies
9 Best URL Shorteners you Should not Miss out in 2020

Published March 09,2020 by Bob Forer
Top ECommerce Trends to Watch in 2020
Have an Innovative app Idea
Get a Free Quote to Build & Manage your App..!
submit